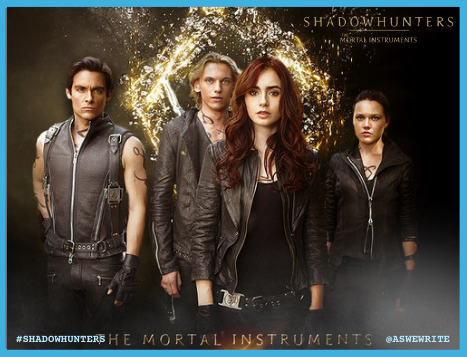 In this post, I’m about to roast my first date with the film. I’ll tell you all about dating the tv-series in a later post. But, before I start, I want to make it very clear that this is not a review. This is a tongue-in-cheek summary of my first date with the Shadowhunter film. I have a lot more to say about this, but that will have to wait for later. Right, let’s dive into this shitfest…

So, to my great surprise, it turns out Cersei Lannister and Kili, the dwarf, ran off to New York together. She’s an artist making paintings nobody wants to buy and he’s… A werewolf running some kind of Diagon Alley style second-hand shop? Never mind, it doesn’t matter what they do because this story isn’t really about them.

The central figure in this story is Clarissa “Clary” Fairchild, Cersei’s hitherto unknown, 16-year-old daughter. Oh, and our young Heroine’s father is none other than Dracula, the 2013 tv-series version.

Clary, like many teenagers, is a bit dense and self-centred. She’s not overly interested in hanging with her mum, and doesn’t listen to anything she says. She has a bestie, Simon Lewis, who’s madly in love with her. Because boys and girls can’t just be friends. But even though this is constantly pointed out to her, Clary doesn’t see it. She even has a go at her mum for stringing Kili along if she’s not interested in a “proper” relationship with him. You know, pot, kettle and all that jazz…

Anyway, this story begins on Clary’s 16th birthday and she’s planning to go out with Simon. He wants to go see a friend do a stand-up poetry thing, but Clary wants to go clubbing. So they settle for both.

Clary is an artist like her mum, and she’s been drawing a particular symbol lately. She doesn’t know where it comes from, or what it means, and it unsettles her. She sees this symbol on the sign of a nightclub called Pandemonium. She asks the bouncer about it, but he doesn’t seem to know what she’s talking about. Some random guy in the queue does, though, and tells door guy to let them in.

And that is, of course, the rabbit hole of this story…

Clary’s meet-cute isn’t as “sweet” as Bella Swan’s, or Diana Bishop’s. Instead of meeting the brooding hunk in a “romantic” school setting, Clary sees her love-interest, Caius the Volturi, murder the handsome fella who’d asked the bouncer to let her into the club. Yep, he cuts him down in cold blood. With a sword. In the Pandemonium.

In an unusual act of self-preservation/normal behaviour (for the genre), a terrified Clary screams and she legs it out of there. Party mood all gone, she gets into a cab to go home. Bestie Simon goes with her, but he doesn’t believe she saw what she saw.

The following day, she goes to a caf with Simon and shows him some of her drawings of the weird symbol. She’s worried that she’s gone bonkers, but again he doesn’t really listen to her. Not that it would have mattered if he had, because this is when loverboy, Caius, returns.

And here’s Clary’s entire “meet-cute” to He’s The One arch:

1) In Pandemonium, Gurl sees Boi kill another Boi. Gurl screams and makes a quick exit. Killer Boi be like: WTF?

2) Gurl sits in Java Jones, a caf, trying to convince her bestie she’s bonkers. Killer Boi shows up, but no one else can see him.

Gurl: Why can I see you when no one else can?

Killer Boi: Why can I see you when no one else can?

Killer Boi: As opposed to a peace-loving killer?

Killer Boi: You think you know what you saw. (Hi, Edward!)

Gurl: *shows Killer Boi weird symbol* Why am I drawing this?

Killer Boi: You’re not a mundane. Not from the human world.

3) Gurl, having been told not to come home runs straight home to find her home has been ransacked and her mum’s missing. Killer Boi arrives just in time to save her from being killed by the demon she thought she had killed.

Gurl: WTF was that?

Killer Boi: You wouldn’t believe me if I told you.

Killer Boi: It was a demon. Oh, and btw, that thing I killed at the club was a demon too.

Gurl: I don’t believe you!

Killer Boi: Demons can possess any living creature. You can’t trust anyone.

Gurl: So why should I trust you? *runs off*

Killer Boi be like: WTF?! I just saved your life!

4) Gurl runs to neighbour hedge-witch to ask if she knows what happened to Cersei.

Hedge-witch: Your mum is a Shadowhunter. Like him. *points at Killer Boi*

5) Gurl runs back to her apartment and nearly kills her bestie.

Gurl: My mum is missing and this guy is helping me find her, but you can’t see him.

Bestie: WTF, Clary! Your mum is gone and you’re hanging out with some random dude?! (Hi, Jacob!)

Killer Boi: *finds one of Pycelle’s half-empty potion bottles* This is not good.

6) Gurl arrives at Kili’s charity shop, with Killer Boi and Bestie hot on her heels. Kili is, literally, tied up and too busy being tortured to talk.

Killer Boi: We need to go. These guys are dangerous.

Gurl: No, you need to save him. He’s family.

Killer Boi: I’m a Shadowhunter, I will protect you with my life.

Bestie: *is a being a dick*

7) Gurl has been bitten by demon and is taken to Hogwarts infirmary by Killer Boi and Bestie.

Bestie: You nearly died but Killer Boi tattooed you and saved your life. (For the 3rd time.)

Gurl: Wut? I pass out and you tattoo me?

Bestie: Yeah, it was super cool. It’s a rune and they have them for everything.

Killer Boi: Well, the rune healed you so now we know for sure you’re a Shadowhunter. Humans are too weak – they die if they get one.

8) Gurl is summoned to the Headmaster’s Tower to see some Professor Lupin look-alike called Hodge-Podge. She learns both her parents were, indeed, Shadowhunters and that she can go to the City of Bones to get help to remember. Killer Boi takes her there and takes care of her when she passes out. As gurls do.

Gurl: Thank you for saving Bestie.

11) Killer Boi and Gurl sit in Professor Sprouts’ greenhouse waiting for midnight when flowers bloom and sprinkler systems are switched on. Killer Boi tells her about the abuse he suffered at the hands of his father growing up. And then the clocks chime…

They seal the deal with a kiss and just like that she knows. He’s The One and there’s no one else. According to the soundtrack. But, of course, Bestie sees them and we get another Jacob and Bella style abuse scene. Yuk!

Now, let’s take a look at Killer Boi‘s “meet-cute” to She’s The One arch:

1) Killer Boi sees that Gurl, who shouldn’t be able to see him, has seen him slay a demon.

2) Killer Boi tracks Gurl to local caf and goes to have a word with her. Shit happens and he learns her mother is a Shadowhunter like him.

3) Gurl is bitten by demon and Killer Boi saves her life with a rune that would have killed her if she was human.

4) Killer Boi tells Gurl he will protect her with his life.

In less than a week, Gurl and Killer Boi have fallen in love even though they know next to nothing about each other. Which, in fairness, is the point of insta-love stories, but they still frustrate me.

The smut writer in me is all for insta-lust. That I can get behind. But love? After 72 hours? Not so much.

The Big Bad Clary and Killer Boi, who we now know is actually called Jace, need to defeat is Dracula. Who, for some reason, tells them they are both his kids and, therefore, brother and sister. Which, I guess, adds a layer of potential incest to the story. Like mother like daughter or something.

But it’s not just Dracula who has it out for them. The Lupin-lookalike is not a happy bunny and to cheer himself up he decides to help Dracula. Who sends a swarm of demons to kill them. Charming, as Hermione would have said.

The biggest bad of them all may reside inside their own heads though. Both Clary and Jace need to overcome a lot of internalised shit to make it to the end of their (rather sketchy) character arcs. But unlike certain other characters I’ve dated lately *coughs Bella Swan coughs* at least they have an arc.

To be honest, this was the worst date I’ve had so far. There were just too many things that turned into noise for me; from actor choices to references to other books/films and the weird incest plot line.

I will force myself to write a proper review at some point, but for now, I’m kinda happy to put this one aside and forget we even went out. I suppose it’s a good thing it was “only” two hours long, but now I’m nervous about diving into the 55-episode 38 hours long tv-series. Right now, I’d rather not.

From what I understand, Universal had hoped this would be their Harry Potter and had planned a series of films. They even announced that the second one was in the works, but decided to shelve it when this film flopped.

My initial quest, to learn as much as possible about vampires, failed miserably here. The only thing I learned was that you become a vampire if you’re bitten by one. But that wasn’t exactly new information. Maybe they give them a little more attention in the tv-series? One can only hope.

Ok, I have to bow out of this one for now. But I promise, I’ll come back to it later and I’ll keep mixing the content up. There are so many interesting things I’d like to discuss. Like the other titles I’m currently dating; creative writing and storytelling in general; lessons to be learned from my extensive story dating pool; and glimpses of my own work.

– Have you watched City of Bones: The Mortal Instruments? 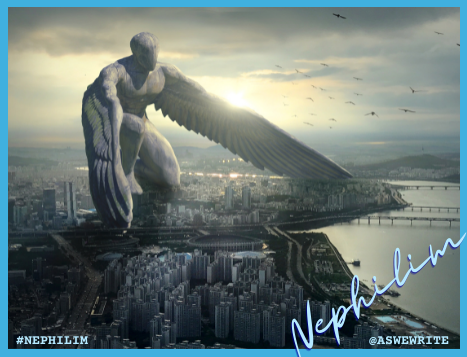 NEPHILIM A – Z
In Books, Films and Games THE FIRST FOUR
Let’s Get the Party Started! CHECK IT OUT
The Shadowhunter Chronicles