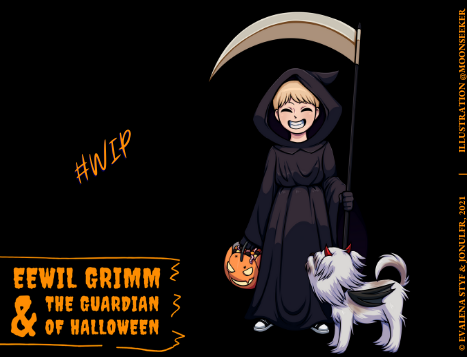 MEET EEWIL, the youngest son of the Grim Reaper, Nefarious Grimm, and his wife Malicious. He’s a cheeky little prankster who loves having fun and making people laugh.

In Eewil Grimm & the Guardian of Halloween, Eewil is faced with a mysttery and something of a dilemma. His father is missing. Nefarious was on his way home from work on the night of Halloween, and he hasn’t been seen since.

Mother Malicious isn’t too bothered. She’s not overly fussed with the whereabouts of her family members, and Eewil isn’t even sure she has noticed that his dad is missing. It’s not like her coffee, Eewil thinks sadly. She would know if the coffee was gone. And she would make sure we found it.

No, Eewils mum is not very helpful, and neither are his brothers. Atrocious, Vicious, and Pernicious have been out looking for their father, but none of them seem to believe he’s coming back. They are more interested in finding his scythe, and arguing about who’s going to be the new Grim Reaper.

Luckily, Eewil has a good friend who may be able to help him find his father and stop his brothers from causing a lot of trouble. Bellatrix, the Guardian of Halloween. If anyone can help me, it’s got to be Bella, Eewil thinks as he goes to call her…

So, tell me… Do you have a spooky main character somewhere in your drawers? Have you written about them already or are they just a brainchild, like Eewil was? 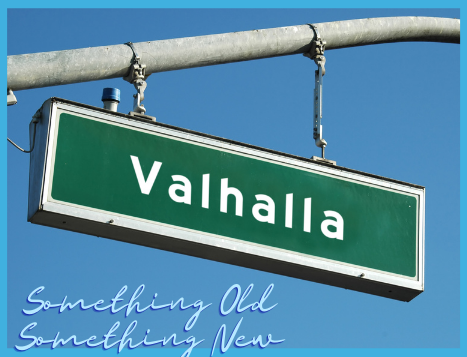 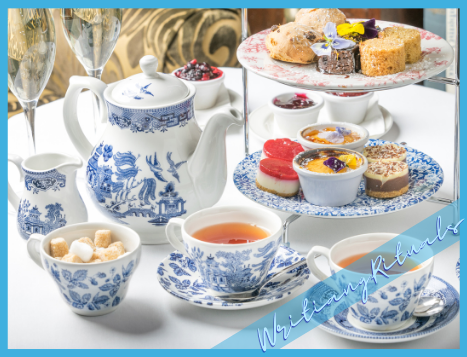 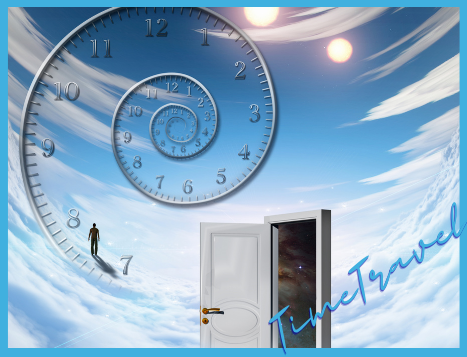