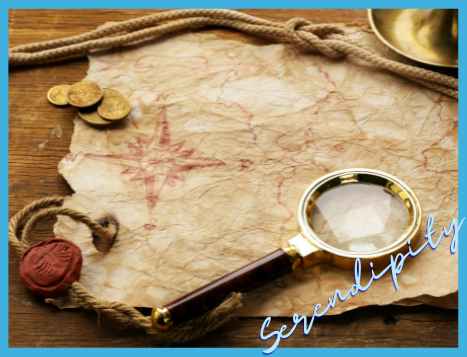 It’s easy to feel bogged down in life, and that has been especially true under this pandemic. But every so often I feel a little jolt of joy at the thought of how incredibly lucky I have been.

I worked so hard, for so long, feeling like nothing I could do would ever lead to anything good. It was a soul-destroying existence that made me doubt everything from my own abilities to the prospect of a better future. And then, just like magic, my life turned around. Which brings me to my favourite word in the English language:

Wanna know why? Well, it means that you have “the ability to, or the gift for, find(ing) something good by accident.” Basically, the idea that you may discover precious things you didn’t even know you wanted, or were missing, while you’re busy  looking for something else. Cool, huh?

The word was coined by British historian, politician and author (among other things) Horace Walpole, who got it from the old Persian tale about the three princes of Serendip.

The story tells us how, once upon a time, there was a country called Serendip in the Far East. This country was ruled by the powerful king by the name of Giaffer.

The king had three sons and they all loved their father very much. Giaffer was a good father and he was worried about the boys’ education. He was concerned that they would inherit great power, so he felt the need to provide them with the kind of virtues that would be prudent in a good ruler.

Giaffer found the best possible tutors for his sons, and entrusted them with the education of the princes. He only had one condition, they had to be taught in such a way that it would be easy enough to recognise them for who they were.

When the tutors were confident in the princes achievements in the arts and sciences,  they informed the king. He wasn’t convinced, though. He called the princes to him and told them he was considering retirement, and that one of them would have to take over the throne.

The boys were startled, but they all declined the offer and told their father they believed he was the one who was best suited to rule Serendip. The king was, of course, very pleased with this, but now he found something new to worry about.

Had the princes been to sheltered?

Had they been to privileged?

He pretended to be furious with them for refusing the throne and told them they were banned from his lands. He ostracised his sons and they had no choice but to leave. But almost immediately after they had crossed the border, they found a number of clues that told them a camel had been there.

Judging by the clues, they concluded that they were looking at the traces of a lame camel that was blind on one eye and had lost a tooth. Furthermore, the camel carried a pregnant woman, honey on one side and butter on the other.

Later, they ran into a merchant who had lost a camel, so they told him about the camel that had crossed their path. The merchant accused them of theft, claiming they could only know these things about his camel if they’d actually seen him. He brought his grievance to the empereor and demanded the execution of the three princes.

Emperor Beramo was intrigued. How could they possibly know so much about a camel they claimed they’d never seen? Well, the princes explained, there was plenty of evidence to deduct the answers from.

There were two trails, on on either side of the camel’s footprints. One was crawling with flies and the other with ants, and that’s how they worked out that the camel was carrying butter and honey. strapped to its sides.

“But what of the pregnant woman?” the emperor asked.

“Well,” said one of the princes. “I guessed that was the case as there was a human footprint where the camel had kneeled.” He then went on to explain that the scent of urine had stoked a sexual response in him which told him it was a woman’s foot print.

“I guessed that she was pregnant,” said one of the other princes. He told the emperor how he’d seen hand prints where she had peed, which suggested she was too heavy to get up unaided.

At that precise moment, a traveller entered the scene and said that he’d found a lone camel wandering in the desert and he had brought it back.

Thus Beramo spared the princes lives and heaped rich rewards over them. He also appointed them his special advisors, and they continued to use their sharp minds to solve problems they encountered on their adventures. And, of course, the tale has a happy ending.

Serendipty means that you stumble across something that leads to unexpected rewards. It’s like a treasure hunt you didn’t even know you had embarked on. It’s like a wonderful Winnie-the-Pooh type of philosophy, and I’m so here for it.

I would argue that serendipity has changed my life. I lost the things I thought I wanted, and stumbled across something I never knew existed. Edda would say it was Örlog and just and inevitable part of my aldrlag. Others would call it all it luck, fate, or coincidence.

Me, I choose to put it down to serendipity – the most beautiful word in the English language.

Now, do tell. What’s yours? 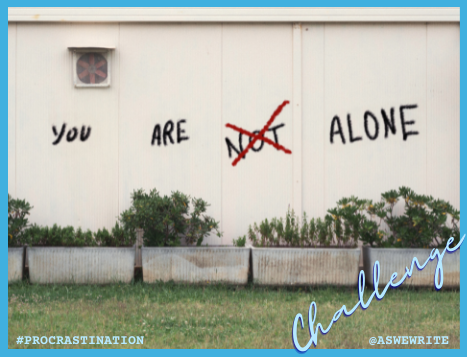